It’s not often that a Democrat channels Ronald Reagan, but President Joe Biden did just that recently as he likened today’s recovery to the economic boom experienced under the conservative Republican president.

Biden kicked off the Fourth of July weekend by celebrating the latest jobs report, saying, “The last time the economy grew at this rate was in 1984 and Ronald Reagan was telling us ‘It’s morning in America.’ Well, it’s getting close to afternoon here, the sun is coming out.”

Biden being Biden, he probably didn’t understand that “afternoon in America” sounds like a country in decline. Reagan’s evocation of “morning” suggested that the best was yet to come. Reagan, the optimist, got it right.

Biden evoking Regan takes chutzpah. The reality is: Biden has had nothing to do with the economic resurgence the country is currently experiencing, while it was Reagan’s tax cuts and deregulation that propelled tremendous growth and job gains in the 1980s.

Too harsh? No. Consider the facts.

The economy is not rebounding because of the American Rescue Plan (ARP), as Biden would have you believe. If anything, elements of that $1.9 trillion pork fest that passed with only Democrat votes in March are holding us back.

The economy is recovering because President Trump’s Operation Warp Speed delivered vaccines that drove COVID-19 into the ground and allowed businesses to reopen. That’s it – that’s what happened.

Remember that in the first quarter, long before any of the ARP $1,400 checks went out, the economy grew at over 6%; in fact, the economy grew at 4.3 % in last year’s fourth quarter, before Biden even took office and prior to the $900 billion bipartisan stimulus bill signed into law at the end of last year. The gains came from mayors and governors taking advantage of the slowdown in new virus cases to allow restaurants and shops to reopen, and people gaining confidence that it was safe to go out of their homes.

On Jan. 6, 2021, there were 132,474 people hospitalized in our country with COVID-19; that proved to be the all-time high. By March 1, the number had fallen to 46,738.  A combination of vaccines being delivered to the aged and other vulnerable groups and some degree of herd immunity meant that by early this year the disease was winding down. Today, the number of cases is down by over 90% from the highs.

Americans responded to the improving numbers by getting out and resuming their lives, as authorities lifted restrictions. We know that from various indicators, such as the Apple Mobility Index, which shows a 99% rise in inquiries about walking directions today compared to a baseline of January 2020, and a 66% rise in inquiries about driving instructions. Importantly, those numbers turned around and began to rise in January of this year; they never backed down.

It is true that the bipartisan stimulus bill passed in December sent $600 checks to millions of Americans, but it was arguably the ability to spend, and confidence that the virus was waning, rather than the extra funds, that led to the uptick in outlays.

We know that because Americans’ savings soared last year; between March 2020 and April of this year, the savings rate was nearly 19%, the highest for a prolonged period since World War II.

By the end of last year, cooped-up Americans had stockpiled enormous excess cash; Wall Street strategist James Paulsen predicted last fall that, “More than $2.5 trillion of sidelined savings is the fuel for a growth bomb waiting to explode.” And explode it did, as soon as it was safe to do so.

Meanwhile, tucked into Biden’s rescue plan was a serious speedbump for hiring: extension of the extra $300 weekly unemployment payments that, combined with other relief outlays, paid people more to stay home than return to work. A study by Steve Moore and associates found that, “In many states, a family of four – two unemployed adults with two children – can qualify for benefits (on an annual basis) that will reach over $100,000.”

This was a mistake, and has slowed job growth. Every business group points to a shortage of labor; hiring picked up in June, but it is definitely running behind where it should be.

Meanwhile, inflation is accelerating, fueled in part by the gusher of money coming from Biden’s ARP and by the Federal Reserve’s uber-loose monetary policy. General Mills last week said it was seeing inflation of 7%; such increases are beginning to alarm consumers.

Biden’s economic mischief is just beginning. Just wait until Democrats ram through the giant tax increases needed to pay for his $6 trillion “reconciliation” bill. That will dumb down the recovery even more.

Ronald Reagan took office in 1981 after a decade of high unemployment, low growth and damaging inflation, and almost immediately cut taxes on individuals and on businesses. Under Reagan, the growth of federal government spending fell from 4% during Jimmy Carter’s tenure to 2.5%. During his presidency the inflation rate tumbled to 4.1% from 13.5%, real growth averaged 3.6%, and real median family income increased.

Reagan lightened the regulatory grip on the economy while Biden wants to insert the feds into every nook and cranny of our nation’s activities. Biden has called for an “all of government” effort to root out racism and to attack climate change, inviting a mountain of new red tape. He wants to throttle our productive energy industries and outlaw right-to-work laws, ramming unionization through any means.

Biden, like most Democrats, trusts the government more than private enterprise.

Kamala Harris is crashing — but that doesn’t mean she will never occupy the Oval Office Fox News Varney & Co:The Washington Post is just now calling for an investigation into Covid’s origins, after months and months of slandering Trump’s calls for an investigation 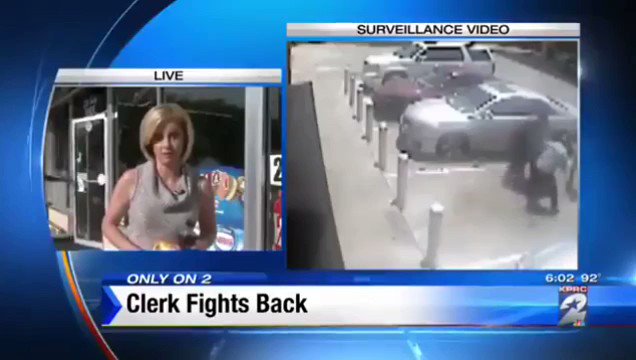