Don’t voters get it? Don’t they understand by now that most Democrats appear to have almost zero interest in advancing the welfare of African-Americans?

Too many Democrat politicians are almost entirely motivated by money and power. They appear to be utterly content with the essentially unchanged situation in the black community which continues to provide them with both. Protests like those over the recent police killing of George Floyd bring in huge amounts of cash from white liberals guilt-ridden over their “white privilege.”

Widespread demonstrations also spur higher turnout among black voters. Since Democrats traditionally win 90 percent of the black vote, reminders of racial injustice are key to their election hopes. That’s just how it is.

We could cite no better example of their cynicism than the recent move by Senate Democrats, led by Kamala Harris, to block consideration of a police reform bill put forward by Republicans.

They deemed it “inadequate,” but according to Tim Scott, the black GOP senator from South Carolina, Democrats “didn’t stick around for” a meeting in which he “offered to include an amendment for every concern that was presented.”  He tweeted, “I offered Democrats the chance to offer AT LEAST 20 amendments. They walked out.”

Scott said in a Senate floor speech, “I finally realized what the problem is. The actual problem is not what is being offered. It is who is offering it.”

Of course. Democrats can’t have Republicans putting forward a police reform measure, not this close to election time.

Democrats in the House, meanwhile, didn’t even pretend to work across the aisle to craft their own bill. As Ken Calvert, GOP representative from California, tweeted, the “House Rules Committee Democrats just voted to bring their police reform bill to the floor under a CLOSED rule that will not allow a SINGLE Republican amendment. It’s becoming obvious they’d rather play politics with this issue than find common ground for the good of the country.”

The critical point here is that Democrats knew their efforts at obstruction would lead to no bill. No police reform. No change. So what if lives might be saved?

Instead of important reforms, Democrats signal their solidarity with pointless gestures. When the country erupted in righteous anger over the death of George Floyd, House Speaker Nancy Pelosi decided, in her 31st year serving in the House of Representatives, that the long-standing portraits of former House speakers who allied with the Confederacy were a disgrace. She put her Louboutin-clad foot down and imperiously demanded their removal.

Just like that, she virtue-signaled her deep-seated concern about racism. It only took 30 years.

Pelosi’s stunt is typical of the “tokenism” derided recently by BET Founder Robert Johnson, who in an interview mocked whites tearing down statues and other unhelpful overtures.

Johnson scoffed at those meaningless actions, saying “It’s not going to give a kid whose parents can’t afford college money to go to college. It’s not going to close the labor gap between what white workers are paid and what black workers are paid. And it’s not going to take people off welfare or food stamps.”
Scott noted in his Senate floor speech, “Detroit. Atlanta. Minneapolis. Los Angeles. Philadelphia. All of these communities have been run by Democrats for decades.”

Yes, the unraveling of Minneapolis, the collapse of Detroit, the poverty of Philadelphia – these problems have not been addressed by Democrats. They have been caused by Democrats.

Let’s start with education, since terrible inner-city schools are a major source of black poverty and failure. In Baltimore, where per-pupil spending is among the highest in the country, five high schools and one middle school in 2016 reported not one student – not one – scored proficient in math or reading. How can anyone with a conscience tolerate this?

Easy – for Democrats, it literally pays to look the other way.

Democrats take tens of millions of dollars every election cycle from teachers’ unions. Those unions protect the status quo in our public schools, even in failing schools in the minority communities of cities like New York and Baltimore. In turn, Democrats protect the unions, sidelining reforms.

Black parents understand the problem, which is why tens of thousands are left on charter school waitlists each year in New York, for instance. They might wonder – why don’t the governor and mayor allow more charters, since there is so much demand? The answer: the unions forbid it.

How about jobs? This is normally the last priority for Democrat politicians, even though it routinely tops the list of black voters’ concerns. Officials in blue states would prefer to hand out welfare than encourage an independent, successful black community.

If you doubt this, consider how Democrat officials looked the other way as hundreds of black-owned businesses in Minneapolis, New York and other cities were looted and burned during the George Floyd protests. Could they have prevented the destruction? Yes, by sending in the National Guard. Will rebuilding those neighborhoods be their first priority? We shall see.

It isn’t just what Democrats haven’t done for blacks that matters. It’s also that they’ve balanced their budgets with items like taxes on sodas and lottery ticket sales, which target mainly black and brown poor people.

They raise energy prices by demanding the use of more renewables, with the higher cost weighing most on low-income people of color. They advocate for open borders and trade deals that invite increased competition for the lowest-wage earners in the U.S. A higher minimum wage doesn’t do you much good if you don’t have a job.

And now they call to defund the police, which will make black neighborhoods even less safe.

Some polls suggest that black support for the Democratic Party is waning. It’s about time.

Intolerance threatens US – here’s who to blame for ‘cancel culture’ Wake up, America — see what’s coming 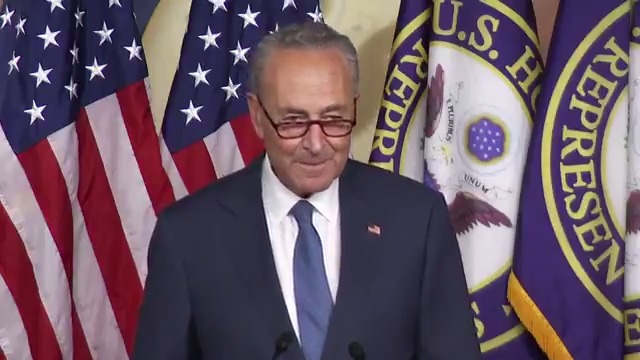 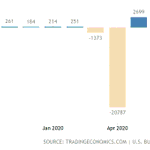