The liberal media has characterized the Supreme Court’s decision allowing President Biden to terminate the “Remain in Mexico” policy as a win for the president.

Not so fast. In reality, the court has handed the struggling president yet another political hot potato. Already there are a record number of people traveling north to cross into the U.S. illegally; this decision will likely increase the flow, causing headaches for an overwhelmed border patrol, and for the White House.

A recent Economist poll shows Biden’s approval on immigration at 32 percent; chaos at the border is not popular.

Biden’s approach so far has been to ignore the problem, despite pleas from border states, which absorb the brunt of the influx. Now, however, after the horrific deaths of 53 migrants left to die inside a scorching truck, Democrats and their allies in the liberal media are finally paying attention. It’s about time.

Senate Majority Whip Dick Durbin (D-Ill.) has called the slaughter a “Uvalde moment,” likening the impact of those deaths to the galvanizing murders of 19 school children last month in Uvalde, Texas. That terrible event led to the first gun reform laws being passed in decades.

Similarly inspired, Durbin and Sen. Thom Tillis (R-N.C.) are reportedly in talks aimed at reaching a broad compromise on immigration.

This could throw Biden a lifeline. Were the president to encourage Democrats in Congress to propose sensible immigration reforms, he might actually improve his standing.

The odds are long.

Over many years, repeated efforts to agree on common sense immigration rules that might stem the flow of people coming across our border illegally – now at over 200,000 per month – have flopped. Democrats welcome the flood of mostly Hispanic people entering our country, convinced that they will ultimately become voters for their party. That was not always the case.

Majority Leader Chuck Schumer (D-N.Y.) declared in 2009 to the Migration Policy Institute, “Illegal immigration is wrong, and a primary goal of comprehensive immigration reform must be to dramatically curtail future illegal immigration.” Today, for Schumer and other Democrats, “border security” is a non-starter.

At the other end of the spectrum, Republicans think illegal immigration is a running sore, undermining the rule of law. They argue that you cannot have a secure country without a secure border.

Neither side has put forward a workable compromise in decades.

Biden took office determined to undo everything President Trump had accomplished, including his success in driving down the number of people attempting to enter the U.S. illegally. Trump’s “Remain in Mexico” policy helped; the numbers were not large, but news percolated south that the welcome mat had been removed.

On entering the Oval Office, Biden ordered the end of that approach but was initially blocked by the courts. Nonetheless, the president’s campaign promised to end detention of migrant families, to stop building the border wall and generally to be more welcoming to those seeking asylum; those signals encouraged the caravans to start making their way north.

The costs of Biden’s “see no evil” attitude are evident. The deadly drug fentanyl, imported across our southern border, has become the number one cause of death among young people; 80,000 Americans died from fentanyl poisoning just last year. Fentanyl used to come from China; smugglers have now teamed up with Mexican drug cartels, which are reaping billions from easy access to U.S. buyers.

Meanwhile, the cartels are also earning a fortune from their smuggling operations. At the same time, an overwhelmed border patrol apprehended 50 people on the terror watch list last year; who knows how many slipped through undetected?

This is unacceptable. The administration’s point person on immigration, Alejandro Mayorkas, lied when he told Congress that our border was “closed.” What he presumably meant was that the subject is closed — not just within the White House, which has studiously refused to discuss the disaster at the border, but also among Democrats generally.

Which is why Durbin’s sudden awakening is welcome, as would be some reasonable new immigration rules. For instance:

Rewriting our dysfunctional and unpopular immigration laws seems a heavy lift for a president unable to inspire even his own party.

But if Biden could lead Congress to common sense reforms, he might go down as a president that did something right. At this point, that seems a long shot.

Love him or hate him, Trump is right about crime

No tax is pain-free; taxing business hurts workers & stockholders- and the economy. #recession

Biden didn’t create new jobs. People are going back to work (finally) so they can afford the #BidenInflation in food shelter and fuel. F J B and zero #BidenBoom

Hi @CNN. I think you got this back-to-front … it is Palestinian Islamic Jihad terrorist that have rained down over 250 rockets at Israel! Israel doesn’t even fire rockets at Gaza, as you blatantly lie! 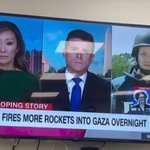 The U.S. military is struggling to recruit troops.

The Border Patrol is running short of agents.

Taiwan: “After reunification, we will do re-education”, says the Chinese ambassador to France.
—
One Country, One Gulag. https://t.co/5U2Yzguave