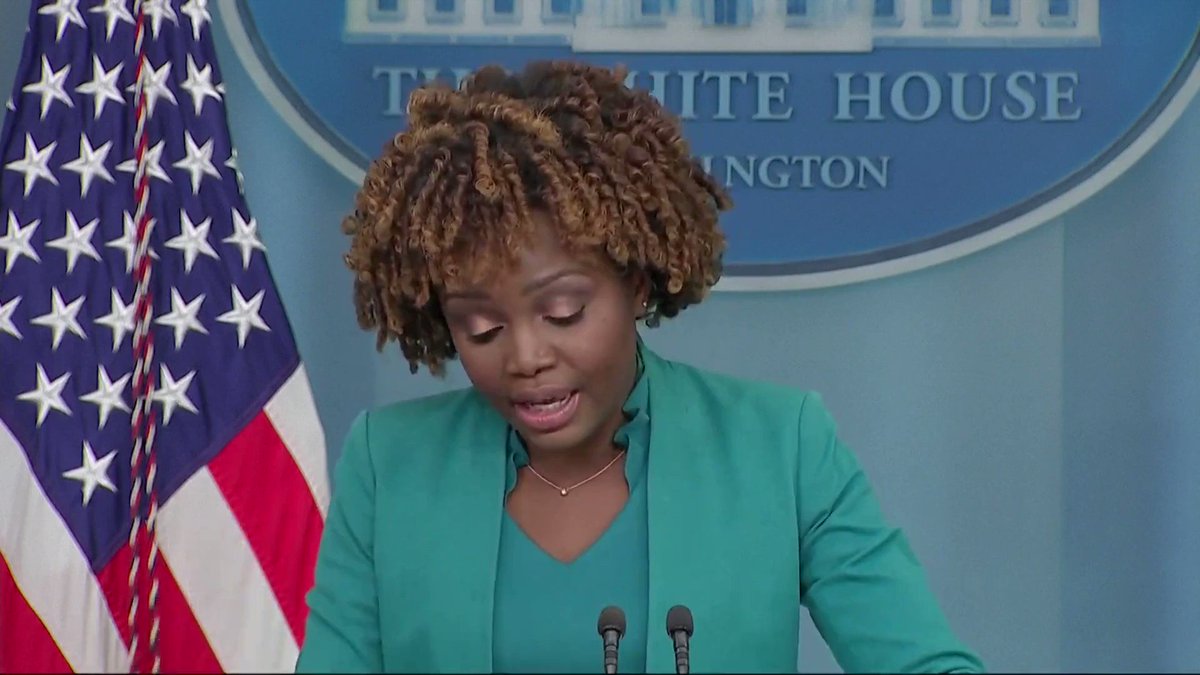 Dear @lizpeek, I’m absolutely despondent about Harmeet’s loss to Ronna yesterday. Please throw in a white pill for us on the @LarryKudlowShow today.

Adam Schiff whining on TikTok—a Chinese Communist Party spy app—is a great example of why he has no business on the Intelligence Committee.

The 1619 project is a slander on the American people. It’s a false narrative, and it has no place in our schools.

This is indeed abt the only positive trend right now

One of America’s bright spots is the growing push for school choice—money follows students, directed by parents https://t.co/cAsWamQA6R

Stupid doesn't describe Liz Peek well enough. No one knows who you are so whenever you troll your way onto some useless FOX program, you utter absurd TDS infected nonsense. Stay smart Mensa. I will never have you on my radio talk show.

how soon some forget. after herschel loses- PRES TRUMP got these jobs done- cheap gas. no soldier deaths the last 18 months of afghan when he was in office. He cut taxes. the largest in America's history. cut regulations. got us out of the Iran deal. put the american embassy in jerusalem. took it to the terrorists. such as soleimani, and al-baghdadi. built the wall on our southern border on 350 miles of our southern border. REAL MEDIAN household income grew to $68,703 in 2019, an impressive 6.8% increase over 2018. While the overall growth rate was 6.8%, real median income grew by an even greater 7.9% for Black Americans, 7.1% for Hispanic Americans, and 10.6% for Asian Americans. All record highs as were the new income levels for each of these groups. Joe's handlers are heading us to the "misery index" purposely. Did I say cheap gas? Please list for me what Joe's handlers have done for you? be the first to answer my question. LOL

This has been brewing from the day Trump became president and refused to tow the line for the Murdochs or anybody else in the Swamp Establishment, comprised of RINOS, the Democratic Party, their globalist masters and media propagandists all rolled into one.

And it's been a non-stop, phony, six-year witch hunt ever since.

What's breaking out across media land is the central battle between the self-serving globalist crowd who want to rule the world as their personal piggy bank and their greatest obstacle: a strong, independent, self-sustaining American Middle Class of all stripes and creeds – in the majority – that made this country great and will not be told how to think, how to live their lives, raise their families or certainly how to vote.

The big threat here is Trump's policies that worked for and empowered the American people, not the Swamp full of special interests. Not to mention the eye-opening example Trump's successful policies set for people around the world who are needlessly suffering under globalist rule.

We became known as the land of the free for hard-earned reasons.

Now the globalists want to drag us back to the good old feudal days of serfdom where we get to labor for their great benefit while with our heads bowed we are given the privilege of eking out basic subsistence for ourselves and our families.

The Murdochs have launched in unison their media troops/mouthpieces in a full frontal assault. Some who have been chomping at the bit, others, it appears, reluctantly. With big paychecks hanging in the balance, it'll be interesting to see who, if anybody, breaks ranks.

DeSantis has done a great job as governor of Florida, has great potential and to his credit has followed Trump's lead in revolutionizing the Republican Party as the party of the people.

As push is now coming to shove, DeSantis will have to clearly pick a side. There's no middle ground here.

So, finally, it's on, out in the open for all to see. And long overdue.

The stakes could not be higher.