Trump’s Question — What Do Black Voters Have To Lose? — Echoes Loudly in Gubernatorial Election in New York

“What the hell do you have to lose?” Donald Trump asked Black Americans in his 2016 campaign. His question underscored the fact that the African-American community, which has historically voted overwhelmingly for Democrats, remains stuck at the bottom of the income and employment ladders.

It turned out to be a prescient question. Many Blacks appeared to respond to Trump’s challenge; some voted for the brash Republican, while others refused to vote for the Democrat, Secretary Clinton. Exit polls indicated Mr. Trump won 8 percent of the Black vote in 2016, more than the 6 percent the Republican, Senator Romney, won in 2012.

In addition, turnout amongst Blacks in the 2016 election is estimated to have fallen to 57.7 percent from 62.1 percent in 2012. That drop in voter participation could well have cost Mrs. Clinton the presidency. It was a smart gambit by Mr. Trump — one that Congressman Lee Zeldin, running for governor of New York, might yet benefit from.

In Mr. Trump’s opinion, given the slow progress recorded by Black Americans over several decades, even as welfare programs ballooned and civil rights laws expanded opportunities for minorities, African-American voters should reconsider their allegiance to the Democratic Party. He was right then, and the same is true today.

Two issues beckon — education and crime. Even as Democrats pretend to care about racial equality and “equity,” they shamelessly refuse to overhaul New York’s public school system, which condemns too many black and brown children to a life of poverty. Where is the outrage?

Published in The New York Sun

Biden mute as protests demand freedom around the world

Former NY Gov #GeorgePataki; “our 5th visit to #Ukraine & we’ve seen not one penny US humanitarian aid”. @JoeBiden has committed $18bil- where is it?

Americans need to pay attention – this is scary 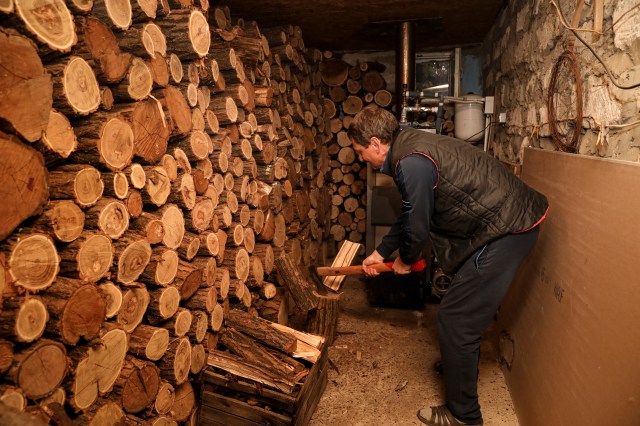 This is what @JoeBiden wants to import

This has been brewing from the day Trump became president and refused to tow the line for the Murdochs or anybody else in the Swamp Establishment, comprised of RINOS, the Democratic Party, their globalist masters and media propagandists all rolled into one.

And it's been a non-stop, phony, six-year witch hunt ever since.

What's breaking out across media land is the central battle between the self-serving globalist crowd who want to rule the world as their personal piggy bank and their greatest obstacle: a strong, independent, self-sustaining American Middle Class of all stripes and creeds – in the majority – that made this country great and will not be told how to think, how to live their lives, raise their families or certainly how to vote.

The big threat here is Trump's policies that worked for and empowered the American people, not the Swamp full of special interests. Not to mention the eye-opening example Trump's successful policies set for people around the world who are needlessly suffering under globalist rule.

We became known as the land of the free for hard-earned reasons.

Now the globalists want to drag us back to the good old feudal days of serfdom where we get to labor for their great benefit while with our heads bowed we are given the privilege of eking out basic subsistence for ourselves and our families.

The Murdochs have launched in unison their media troops/mouthpieces in a full frontal assault. Some who have been chomping at the bit, others, it appears, reluctantly. With big paychecks hanging in the balance, it'll be interesting to see who, if anybody, breaks ranks.

DeSantis has done a great job as governor of Florida, has great potential and to his credit has followed Trump's lead in revolutionizing the Republican Party as the party of the people.

As push is now coming to shove, DeSantis will have to clearly pick a side. There's no middle ground here.

So, finally, it's on, out in the open for all to see. And long overdue.

The stakes could not be higher.